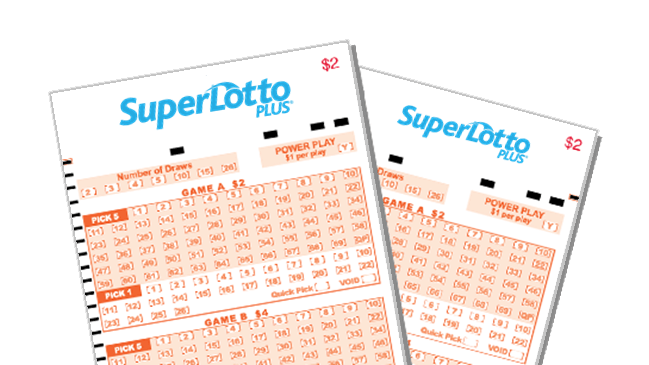 The American Dream is a world-renowned phenomenon. For centuries, people have moved to the United States in order to pursue their own American Dream. Here, you have the right to always pursue your own idea of happiness. And in this, everything appears to be possible. Quite often, money is the most important factor in actually being able to pursue your dreams. Perhaps this is also the reason why such enormous amounts of money can be won in American lotteries. The Californian SuperLotto Plus also jumped on this bandwagon. The highest jackpot that has been paid out in the last few years added up to an amount of 193 million dollars. This is probably more than you will ever need to let all of your dreams come true. A lottery that cares about the society.

SuperLotto Plus is the lottery of the American state of California.

It started in 1985, under the name Lotto Plus. But the addition ‘Super’ is definitely well-earned. For you, as participant, this Californian lottery is obviously ‘super’ because of the great cash prizes that can be won. Although you and the other winners are not the only ones who benefit from the SuperLotto Plus. This lottery invests a significant portion of its revenue in various education projects in the state of California. Since the first draw of what we now know as SuperLotto Plus, billions (!) of dollars have already been donated to schools and universities. This money is spent on, for instance, new computers, extra training for teachers, and special workshops in the fields of art and science. This way, the youth of California will receive the best possible education. If that does not qualify as ‘super’?

Hunting for the right numbers and the Mega-number

The Californian SuperLotto Plus works with two grids of numbers. This is similar to the bigger lotteries such as US Powerball and Mega Millions. The first grid does contain a total of 47 numbers. You get to select 5 out of those. Are you certain? Then it is time to take your pick from the second grid of numbers. This one has slightly fewer numbers, a total of 27. From those so-called ‘Mega’ numbers, you get to choose one more. And if you get everything right, the jackpot will be yours.

Will you take part in SuperLotto Plus or would you rather go for US Powerball or EuroMillions?

Lotteries always work using the same principle. You select numbers on the lottery ticket, after which the numbers that drop will decide whether you are in luck. And while there are in fact significant differences between the world’s biggest lotteries; there are also plenty of similarities. For the current version of the Californian SuperLotto Plus, inspiration was clearly drawn from the US Powerball. The double grid of numbers (invented by the people behind US Powerball) is already indicative of this. Additionally, there are two draws per week for both lotteries. The same goes for the most well-known European version: EuroMillions. So why would you prefer SuperLotto Plus over of the much larger US Powerball or EuroMillions? A first reason is obviously that taking part in SuperLotto Plus means that you are doing good for society. Although you might not have much to do with California personally, it is still nice to know that a large portion of the revenue ends up with people who really need it. Besides, the jackpot of SuperLotto Plus certainly measures up to that of EuroMillions. The jackpot of US Powerball might feel out of reach, as the odds of winning the full amount are also significantly smaller. After all, there are many more people who take part in the US Powerball when compared to SuperLotto Plus. Therefore, this Californian lottery is definitely a good alternative for all those big names that you are probably already familiar with.

The SuperLotto Plus jackpot

California is one of the largest states of the United States. Therefore, it is not surprising that California has the biggest lottery of them all. This is actually not just because of the number of lottery tickets sold for each drawing. The jackpot is equally impressive. By default, the jackpot starts at 7 million dollars. This is already a very attractive amount to win. And each time that the jackpot does not drop, it will only get higher. In 2002, the main prize got up to a staggering 193 million dollars. This was the highest amount by far, although a jackpot of several tens of millions is not unheard of with SuperLotto Plus.

Purchase a lottery ticket for the next drawing on time

You have a shot at winning that jackpot twice per week. The drawings take place on Wednesday and Saturday night at 11.15 pm (local time). So, in Europe, you have to get up early Thursday and Sunday morning if you want to find out whether your purchased lottery tickets have resulted in a prize.

You obviously hope that all the balls that you have selected will roll out of the machine. If this is not the case, you do not have to despair just yet. After all, SuperLotto Plus has many more great prizes to hand out. There are 9 prize categories, and you already win a prize if you  only get the Mega-number right.

Would you like to have a shot at winning those great prizes in the SuperLotto Plus California yourself? Through theLotter, you can take part in this lottery online, from anywhere in the world. So just try your luck!

Ready to win the SuperLotto Plus?

The SuperLotto Plus lottery is organised in California, USA. Would you like to take part and have a shot at winning significant cash prizes? Then buy a lottery ticket for the SuperLotto Plus California and try your luck! As a limited time offer, you can get an additional 15% discount through Loten.com if you take part in 5 draws through theLotter. Click on the button below for a discount on lottery tickets.

Buy your tickets for SuperLotto Plus
Discount by us: 15%
Discount applies to participation in 5 draws via Loten.com
15%
Discount