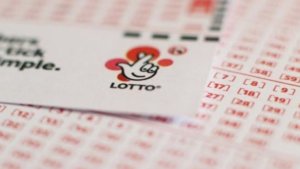 Buying a scratchcard allows you to win in an instant, anything from £1 to millions – and when you win, you win, right? Things didn’t exactly go to plan for two men in Bolton this year, after buying a £10 scratchcard which revealed a top prize of £4,000,000! Mark Goodram (36) and Jon-Ross Watson (31) struck gold just days after being released from prison. After discovering they had won millions, the pair went on a 4-day bender in London and splashed the cash like there was no tomorrow; not their cash we hasten to add – cash they borrowed from friends whilst waiting on the pay out from Camelot.

Bragging on Facebook, the pair were seen posing with stacks of £50 notes in swanky bars, but Camelot have refused to pay a single penny of the legitimate £4,000,000 win, after it came to light that neither Goodram nor Watson have a bank account – but they purchased the £10 winning scratchcard with a bank card! Everyone knows you can’t have a bank card without a bank account and seen as though neither owns a bank, the bank card used must have been someone else’s!

Not only have the pair denies any wrong doing, but Camelot are denying the pay-out, which is why a lawyer acting on behalf of the duo has instructed the National Lottery to release the winnings by 4th of June. Speaking to the Sun newspaper, the lawyer said;

“My clients have been very open and upfront about their upbringing in care homes and hard struggles in life, including previous substance misuse problems, which both have tried really hard to overcome. Camelot is in effect holding my clients ransom to their past. My clients consider Camelot are behaving in a culturally racist way by subjecting them to a level of scrutiny, checking and vetting, they would not otherwise do if the person who claimed the prize spoke in a posh accent.”

After Camelot questioned why neither had bank accounts, the pair claim they had purchased the scratchcard with loose change, before later changing the story to say a mate called ‘John’ had purchased it for them on his debit card, but Camelot wanted this ‘John’s’ surname, address or telephone number and neither Goodram nor Watson could supply the information, only that he has moved up north and wants to remain anonymous.

Camelot have yet to pay out and the deadline has passed. Camelot said;

“Security procedures form a key part of the process of validating a winning ticket to ensure we maintain the integrity of The National Lottery. Should there be any doubt surrounding the validity of a claim, we would undertake a thorough investigation to ensure we pay out the rightful ticketholder.”